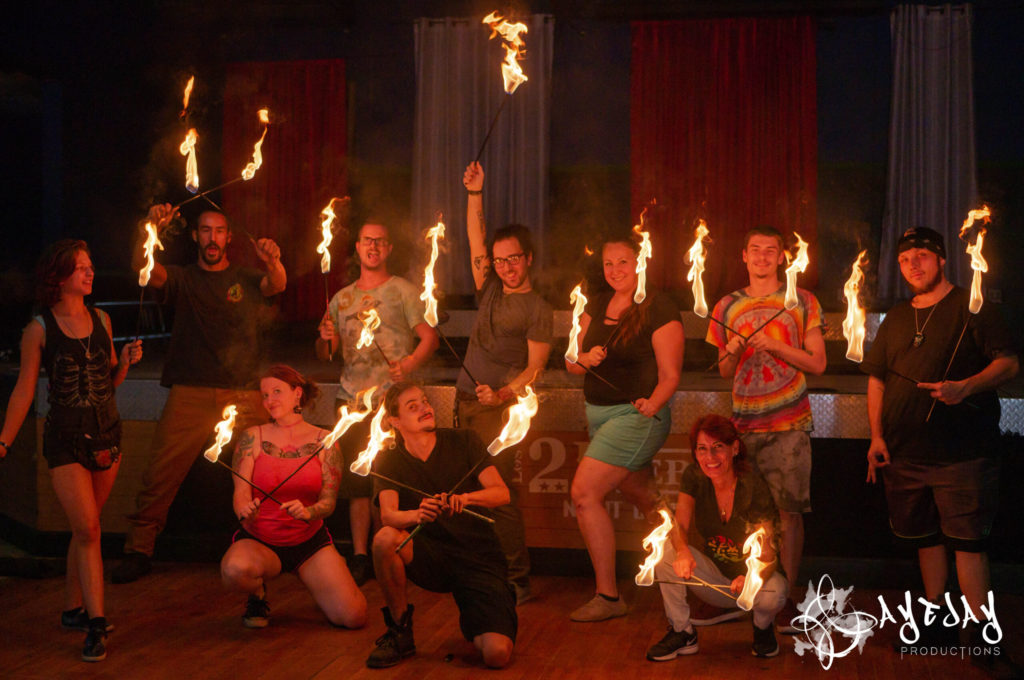 Fearless Fire is the US leader in fire eating instruction with tours nationwide hosting workshops for fire education and empowerment, with a focus on safety, health and technique.

Our mission is to keep our community safe by educating with high-quality professional instruction in a safe environment.

When that chapter came to a close, there came a new passion to openly host professional workshops on fire eating and other fire arts to the general public and performers alike.

This new purpose and direction led the founder, Thomas Santiago, to expand fire manipulation workshops nationally across the continental U.S. In 2019, Fearless Fire was officially born with an emphasis on empowerment and is  regarded by many as the leading fire manipulation training.

Having first found fire arts and fire eating while living in Hawaii in 2016; Thomas Santiago is now a touring fire manipulation instructor; as well as a TFC certified firewalking instructor.

He has instructed over 1600 students, including performers from the Cirque du Soleil, Hellzapoppin Sideshow, and even entertainers that once performed for Ringling Bros.

It is his goal for all Fearless Fire events to be facilitated with a focus on safety, health and technique; while cultivating fearless confidence in every student.